7 Tips In Building An Excellent Team 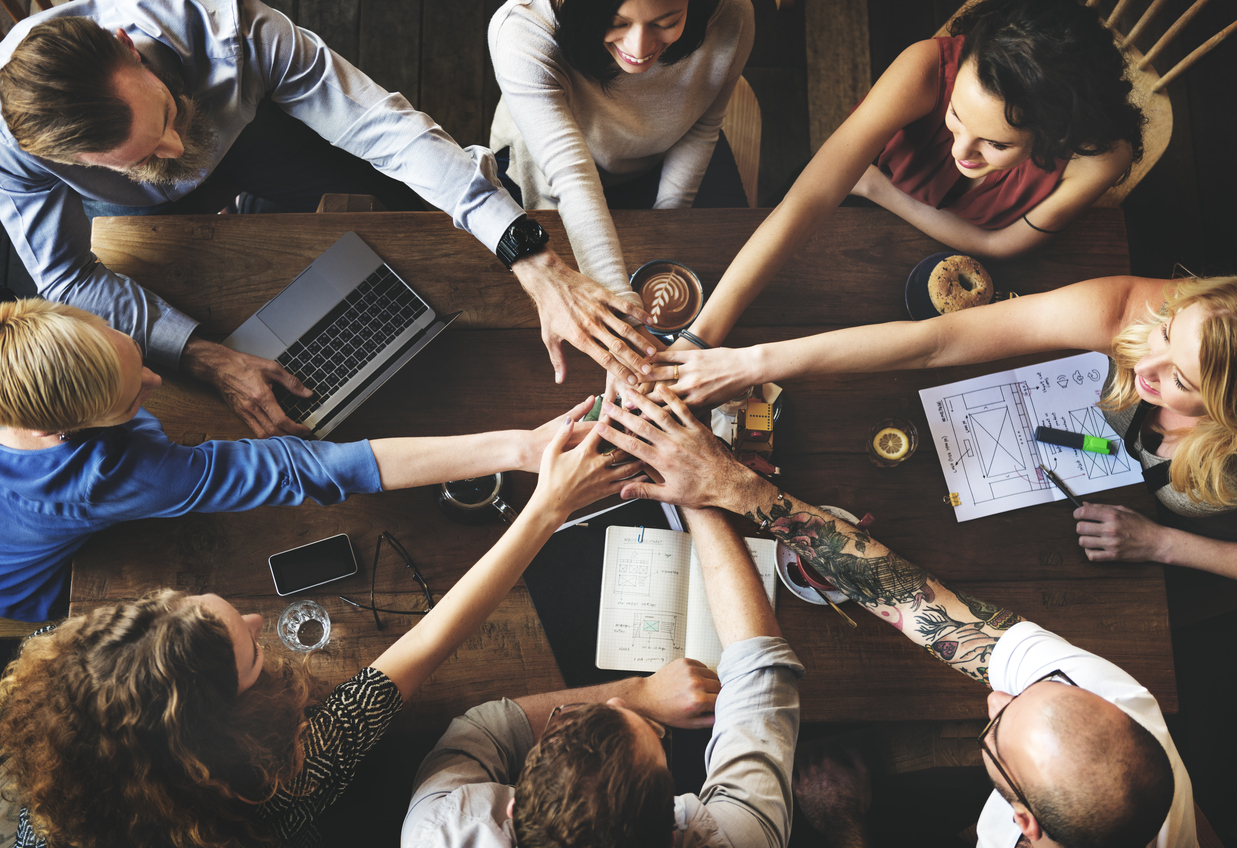 We tend to think of business as this binary thing: either you’re a solo entrepreneur, grinding it out on your own — or you’re a “Job Creator,” with the weight of your team’s livelihood (and health care and retirement…) resting on your already overburdened shoulders.

The good news: there’s a whole beautiful world in the middle of these two extremes. It’s a world occupied by insanely talented freelancers and contractors who are looking for clients who need their talents — but not on a full-time basis.

But she’s not in it alone. Working alongside her are:

Géraldine built her team gradually, starting with her first virtual assistant, who she brought on in 2015 when the business was bringing in $50,000.

We talked to Géraldine and a few members of her team, and a couple of themes emerged:

1. Hire for the things that don’t need you

How do you know when a task is ready to be delegated? If someone else can do it as well or better than I could, they do it.

As far as the kinds of tasks you can expect to “hire out”? There are two kinds of camps that delegatable tasks tend to fall into:

We recommend a kickass, roll-up-your-sleeves-and-get-it-done virtual assistant as the first addition to your team.

2. Hire for the long haul

There are a couple of advantages to hiring freelancers for the long haul, as opposed to for the short term or on a project-by-project basis.

It increases the value each person can provide to your team. The better a freelancer gets to know your company — both the small individual sliver of it that they interact with, whether that’s copy or design or customer support, and the bigger picture that you’re trying to accomplish — the more they can contribute toward making that bigger vision a reality.

An important caveat to this farsighted approach to freelancer hiring: when you’re hiring for the long haul, it’s important to make sure you’re bringing on people who are a good fit for the long haul. And that can lead to some tough decisions.

When you’re testing the waters with a new freelance candidate, wade in slowly. Rather than immediately handing that new freelance writer the keys to your WordPress and your entire content calendar, have them write a test assignment or two (paid — don’t be that person who asks someone to do work for no money) and then see how it feels — not just for you, but for the person you’re potentially going to be working with.

And if it’s not a good fit, say so. The longer you wait, the more painful it’s going to be — for the freelancer, for you, and worst of all, for your business.

When your entire team is working asynchronously, spread out across multiple time zones and juggling work for numerous clients with competing priorities (as an increasing number of teams are), good communication is more than a “nice-to-have” — it’s an “if we don’t have this, nothing is getting done ever and we might as well go home.”

4. Create systems that let you scale

Basecamp is great when it comes to the day-to-day tasks of who’s handling what project and what’s due when. But as you grow your team, there are other, bigger-picture forms of communication that become equally important.

When you’re working on your own, it’s okay that the answers to these questions and others like them live only in your head, because you’re the only person who needs to have access to them. But the more people you add to your team, the more important it becomes for that knowledge about the ins and outs of your company to live somewhere other than inside your head.

5. Let your team be the experts you’re paying them to be

A common problem that plagues first-time people-hirers: the tendency to be a helicopter entrepreneur.

We know where this impulse comes from: your business is your baby, and at first, sure — it’s scary to imagine someone else taking care of your baby.

But just like a new mom and dad going out for your first date night when Junior is one year old — at some point, you have to cut the cord.

If you take a step back and think about it from a purely financial perspective, it’s pretty easy to see how getting in your team’s way doesn’t make sense. You’re paying this person — hopefully you’re paying them well — to do this project for you. If you’re continually getting in their way — and spending more time (and thus, more money) by doing so — isn’t that a little bit counterproductive?

“Even when it’s something you know you can do faster — they have to learn. Sometimes it takes three days when it could take you 10 minutes, just because of back and forth — but it’s an investment for the future [of the business].”

One recent example of this on the Comme une Française team? Writing sales emails. Géraldine had been the sole sales writer on her team for most of the history of the business. But as the business continues to grow, it makes less and less sense for that work to rest solely on Géraldine’s plate (keep that “can someone else do this as well or better?” metric in mind).

So now, content writer Megan Elliot has stepped up to the plate.

7. Know that your team has got this

A big part of being a leader is maintaining a sense of proportion — especially when the team is taking a swing at something they haven’t tried before.

A big, big reason that Géraldine is able to be so relaxed about things like deadlines: she knows she can lean on her team, one way or another, to get things done.